What is the history of shrub drinks? 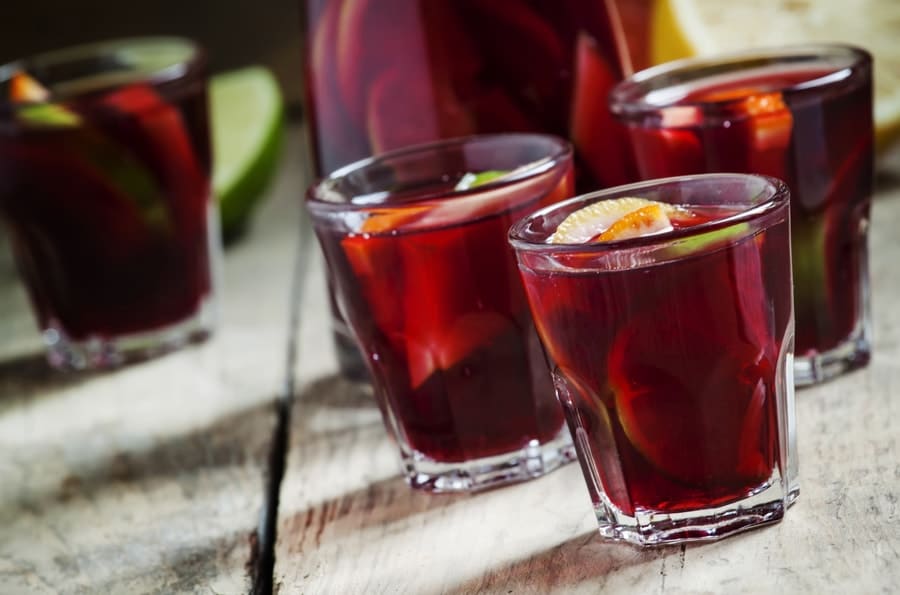 It’s important to note that shrub drinks have been popular around the world for centuries in areas like China and Britain. There were widely enjoyed before they were brought to America and people were aware of the benefits. However, it was a different time and they didn’t understand the true medicinal nature of shrub drinks but still understood they could bring fevers down and help with other ailments. Even though shrub drinks have been prevalent in different areas, America really made it their own signature beverage.

America became widely known for it

It was in America where the shrub drink really gained a lot of traction and popularity as people enjoyed them during the hot summer days to stay hydrated and refreshed. There are even passages in the Bible that Americans often used to cite regarding the effectiveness of shrub drinks as in the case of Ruth where she shared one in the Boaz fields. Shrubs were essentially the Coca-cola of that day, and the ironic part is that they were much healthier. We see that America has generally replaced shrubs with artificial beverages which is a shame. Still, there is a revival of the beverage happening right now in our modern time!

In the past, people didn’t just enjoy a shrub while doing hard work but in taverns and around town too. It was just as commonplace as Coke is today when visiting an establishment. You could find many people enjoying a less refined version of shrub drinks on the streets and in private homes around America. It was known for being a stable beverage that is self-preserving. This was perfect for a time that lacked various amenities to keep things fresh. Shrub drinks were incredibly popular because of their complex and delicious flavor profiles.

Used as a health tonic for various ailments

They were well aware back then that there was something very special about apple cider vinegar shrub drinks that set them apart from other options. If you started to run a fever or felt sick then it was used as an effective health tonic. Although, they weren’t aware of all the specific benefits. Today, we live in a privileged advanced society where you can enjoy the taste of a refined shrub drink from Shivelight. Another interesting aspect of shrub drinks from the past is that people viewed them as a way to enjoy a cool beverage because of the vinegar itself. It would naturally lower the temperature of the drink and give a more refreshing experience in the field.

Students of the distant past began to popularize the combination of rum with shrubs to create the first shrub cocktail. They would often stumble home from the taverns to enjoy a good time away from the obligations of studying. Socially, shrub drinks have brought people together for centuries and we are starting to witness a revival of the classic drink because of our more health-conscious society. There are always new things to learn about this beverage, and it is considered one of the most widely used fermented drinks around the world. People have historically added alcohol to many drinks, but these two were inseparable and would stick as a favorite up until our modern time!

In the past, there have been some interesting superstitions surrounding the magical properties of apple cider vinegar shrub drinks. It was believed that they had the power to ward off evil spirits and keep you spiritually safe from various attacks. We know better regarding this, but there was clearly something more significant about the shrub drinks that made them stand out among the crowd. Later, they would be overshadowed by the new wave of soft drinks that would pose a significant threat to public health. Even after the surge of popularity of Coca-cola, there are those who seek to preserve the naturally delicious shrub drinks that people have enjoyed throughout history!

At Shivelight, we are dedicated to giving you the most modern and pristine experience possible with extra attention to detail. We truly care about where our fruit is sourced from which is why we work with local farmers to ensure you get only the ripest results. We have many delicious shrub drinks for you to try and it will be like getting a taste of history. Our process ensures that you get immaculate tastes that you never thought possible before! You will definitely ditch the soft drinks when you discover the option to carbonate them for a delicious surprise! Our shrub drinks at Shivelight benefit your body and mind with a healthy beverage sourced from only the Earth with great consideration from farm to glass.